The latest in promotion for her  “A.K.A.” album, Jenny from the block is killing us with the visuals for the new single “First Love.”  A song about how you learn to work together to get through issues with in your relationship and things are so great between you, you wish you’d met them first, the electro-pop, drum-driven confection is a perfect follow up to  “I Luh You, Papi.”

Along with her looking absolutely stunning in the clip, she’s joined by supermodel, David Gandy. The song, produced by Max Martin reminds me a lot of her earlier releases like, “If I Had Your Love.” It does a really good job of making you want to dance… which I kinda wish she had done in the video. Check out the clip below. 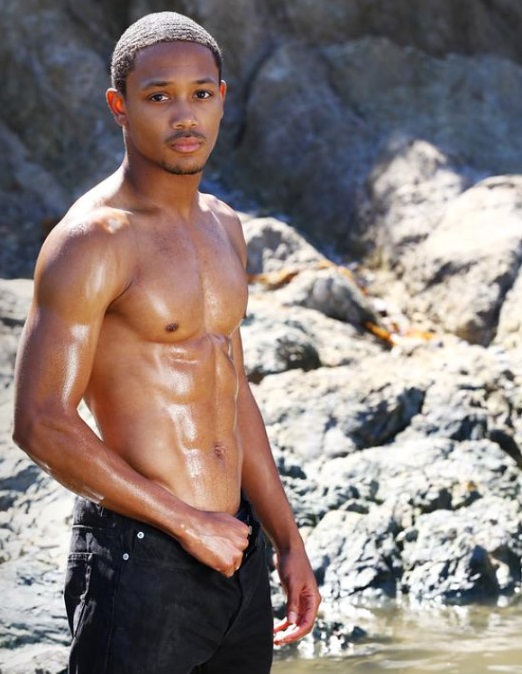 So, remember a couple of weeks ago when we first brought you the story about Magic Mike’s black counterpart Chocolate  City? Well, seems that there is a new cast member to add to that it in the form of Lil’ Romeo.

The urban stripper flick will see Miller as the lead character, Devin, a religious young man who ends up working at a strip club in order to support himself.  This not only creates conflict within himself and other dancers at the club, his relationship with his girlfriend Carmen isn’t resistant to the strain.  Eurika Pratt, who can be seen in Gang of Roses 2, has been cast for that role. They join Michael Jai White and Tyson Beckford.

Production for the movie begins in June. 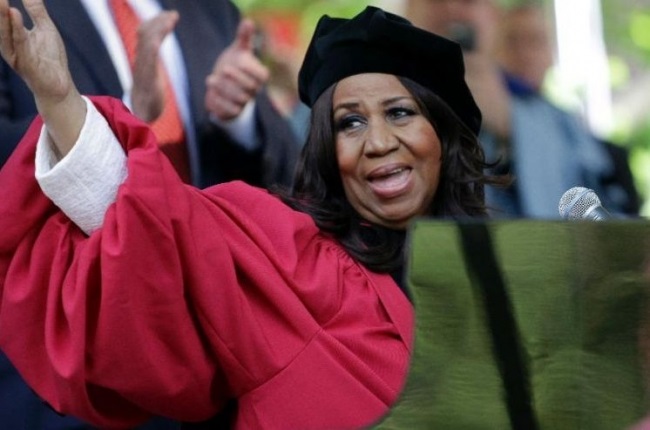 In the course of a career that has spanned over five decades, Queen of Soul, Aretha Franklin has given the world an immense amount of talent and worthy of the accolades that she has gathered.  The latest on her shelf is an honorary doctorate  that she received from Harvard University on Thursday. As an added bonus, guests were treated to  a soulful version the National Anthem during the ceremony. Ms. Franklin was one of eight others to receive recognition from the prestigious institution along with former U.S. president George H.W. Bush.

Aretha has also been awarded honorary degrees from Princeton, Yale, the Berklee College of Music, the New England Conservatory of Music, University of Michigan, Wayne State and Bethune-Cookman College. 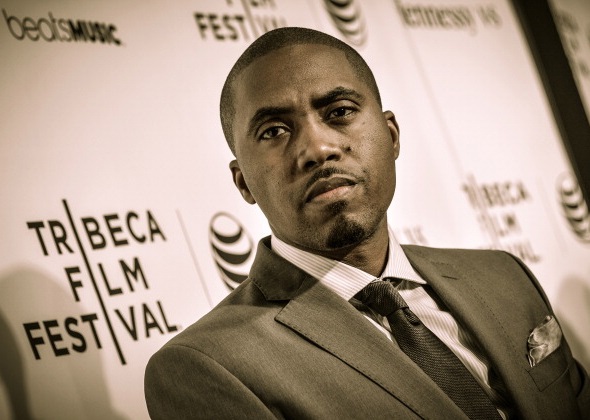 Nas is giving back to the community.

If you’ve graduated college in the last couple of years, you know how hard it is to land that first job. All those hours sending out resumes can get tiring and even discouraging. Well, Nasir Jones hears your struggle and he’s ready to make things a little easier for some folks. The Illmatic-rapper’s investment company, Queensbridge Venture Partners have joined forces with educational organization Koru to ease the transition from the classroom to career, giving program participants real-life experience utilizing the skills that employers are looking for. Nas’ scholarship fund will benefit those that need financial assistance, and a select group of grads may even get to call him a mentor.

In a statement regarding the partnership, the “I Know I Can”-emcee expressed his enthusiasm for the chance to give back.

“I’m inspired to support Koru participants because I know how hard it can be to carve out your path and purpose in life. It takes conviction, hard work and the right network. The young people going through Koru are gritty, book smart and street smart. The Koru program gives them an opportunity to put those smarts to work. I can’t wait to work directly with them and share what I’ve learned through my own life experiences.”

Nas dropped out of school in the 8th grade. Since 1994, he has released 8 highly-successful albums that have sold over 20 million copies worldwide, lauched a record label, acted in movies and ventured into magazine publishing. I’d say that’s some pretty good life experience to learn from. 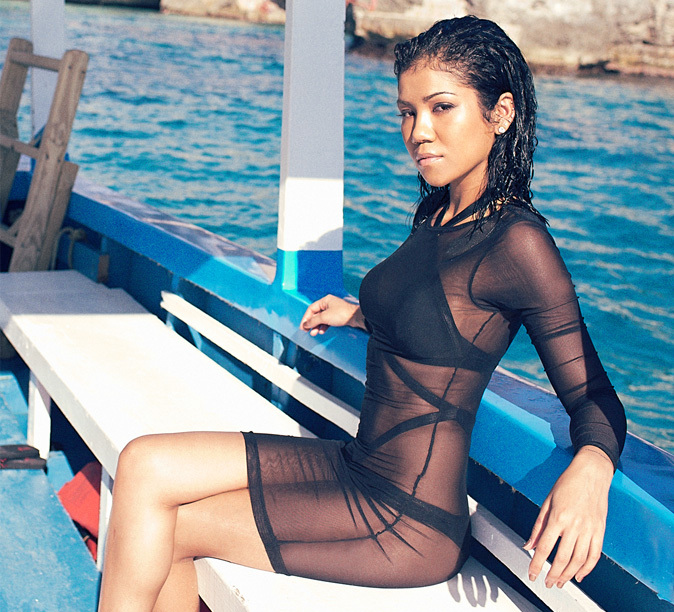 While R&B awaits the official  late- summer release of Jhene Aiko’s LP Souled Out, she decided to record an alternate version of the song “Stay Ready” with her rapstress alter ego, J. Henny. The original, includes Kendrick Lamar and is produced by Fisticuffs, initially appearing on her EP  Sail Out. According to Rap-Up, J. Henny likes to get aggressive and talk a little bit of trash.

“She’s an aspiring rapper. She still sings, but she’s more aggressive. She likes to really talk a lot of shit and talk about things that a lot of R&B singers don’t talk about.”

Well, give it a listen below. 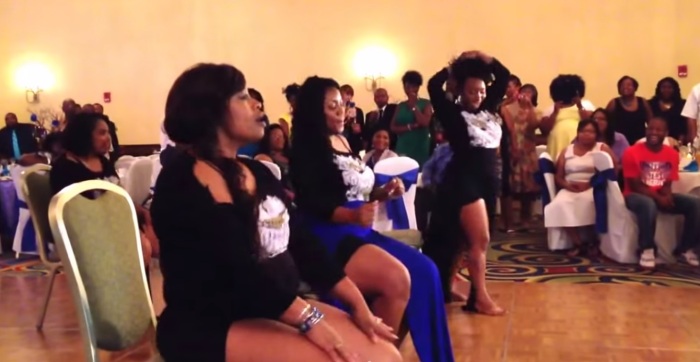 Ashunti Coupling and Rawlings Osei, you have something interesting going on here.

Beyonce sent us all surfboart-ing into the streets, clubs and in our cars  last year with the release of her self-titled album, but I don’t think this is what she wanted. Weddings are supposed to be remembered for the beautiful bride and happy groom. Maybe even the food. Yeah, sometimes the chicken is dry, but we can forgive that when everyone had a great time. I don’t think anybody should be “drunk in love” though. It might be how you got to the altar, but that doesn’t mean take it to the reception Watch the bridal party get down for the crowd below.

I can’t with this right now…

And what’s really going on with the groomsmen? They did not look amused at all. Youtube wasn’t too thrilled with it either, with the general response being things like:

Whatever the bride and groom’s reasoning was behind the performance, it seemed like it was meant to get the party started since they can be seen pulling other guests in to dance. A good time seemingly had by all, right? I hope they enjoyed the party… 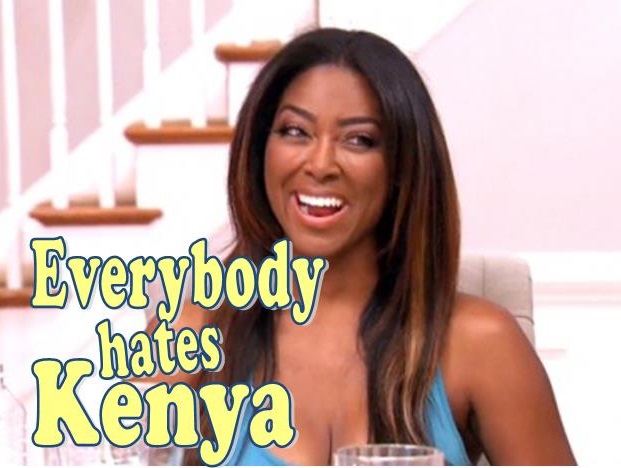 Vivica A. Fox is calling names over a prank that Kenya played on her. According to Gossip on This, Kenya took Vivica’s phone and proceeded to tweet something in regards to menopause. She’s about to make Vivica “Set It Off” up in here because, she was having none of it with her former Celebrity Apprentice co-star. Kenya’s tweet has since been deleted, and she was fired from the show after Mr. Trump called her “the most evil woman he’d ever met.”

MailOnline had this to say about the incident:

According to sources, once Vivica, 49, realised that Kenya had done, she deleted the message, she erupted in fury, with one saying: ‘It was World War III on that set. Vivica cursed her out so bad that the entire set was speechless, even Kenya.

And it led to Mr Trump’s tongue-lashing before he uttered his trademark phrase ‘You’re Fired’.

Was trying to hold my tounge ya’ll but I can’t stand a lying trick! GAME ON TRICK pic.twitter.com/L57uAqRRPK

following up the first tweet with this so that we would have no doubt what she was referring to:

FYI! My last tweet was in response to me making it clear that I do believe 100 percent that Kenya stole my phone! Trick Chick ; (

Shady Kenya couldn’t be bothered to post it where Viv could see it, because we all know Ms. Moore is used to shading everyone on Twitter. No. She took that shadow to Instagram. 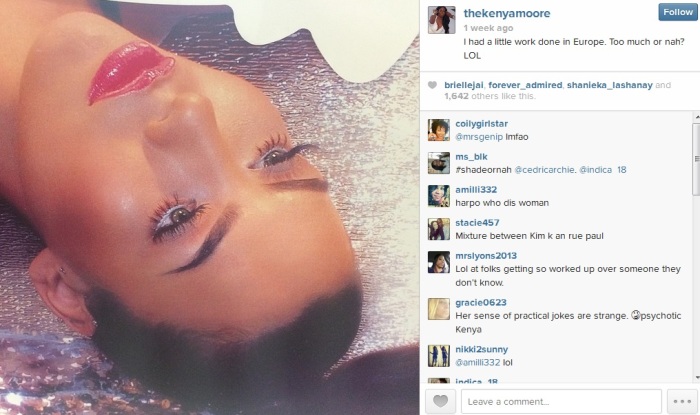