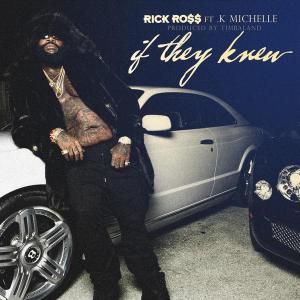 It’s that time again… you know, when Rick Ross has his voluptuous belly out for promotion?
Maybe it’s a trick get everyone to click the track on iTunes, but the song is actually pretty decent.

Produced by Timbaland, Rick Ross and K. Michelle have teamed up for a new track called “If They Knew, which will be featured on Rozay’s new album Hood Billionaire, due out November 24.  As he raps about his love for the finer things in life, he also details his feelings for the girl in his life.

She in love with the life, champagne and all the light
Chanel sneakers and scarves, I want you to be my wife
We can run around the world and tuck with no fear
G4, G5, whole team here

Well, go ‘head then, Ross.  Check the track out below!

One thought on “New Music: Rick Ross feat. K. Michelle “If They Knew””