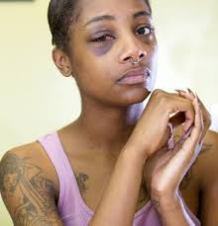 A Seattle police officer who was caught punching a woman on his rear dash camera has escaped felony charges.

Prosecutors in Kings County have declined to file any charges against Adley Shepherd, who while arresting a woman on domestic violence charges, punched her in the right eye, fracturing her orbital bone.

Miyekko Durden-Bosley was reportedly picked up June 22 after she was intoxicated and acting irrationally outside a man’s house when his mother called the police. When Shepard arrived on the scene, Durden-Bosley cursed at the officer and tried to kick him (allegedly in the head) when he tried to get her, handcuffed,  into the back of the police car. He proceeded to sock the woman in the eye, causing bone damage.

The decision comes amid the protests in Ferguson and NYC over the Mike Brown and Eric Garner cases, where none of the officers involved have been prosecuted for their actions resulting in the deaths of unarmed individuals. Neither Darren Wilson (the shooter of Michael Brown) or Daniel Pantaleo ( the officer who strangled Eric Garner) received an indictment in their cases.

“This was a combative, resistant, violent suspect who was being taken into custody. She assaulted a police officer. He used appropriate lawful force to subdue the situation,” said  Shepard’s attorney Eric Makus.

NAACP leader in Seattle feel that no justice was served in Durden-Bosley’s case with Gerald Hankerson, president of the Seattle King County NAACP stating that “That punch was a retaliatory act, not a tactical act.”

This case, which has been pending since September,  is similar to that of Brown and Garner in the fact that law enforcement officers are not being held accountable for their actions. If there were other less-excessive options that could have been pursued in apprehending her, why weren’t they employed? From the outside looking in, it certainly sounds like it was a case of retaliation. In the same vein of you reflexively hitting someone back because they hit you first.  Even if that’s not the case, there are surely some departmental issues to be addressed.

Washington state law, however, grants officers the discretion to use “all necessary means (up to and including deadly force) to make an arrest or overcome someone who is resisting arrest, according to the Seattle Times. The racial component doesn’t apply here, as both Shepard and Durden-Bosley are both black.

Though not being brought up on felony charges, it appears that Durden-Bosley could still file a civil suit. As for Shepard, an internal investigation is still on-going, though he could be returned to full-duty soon.