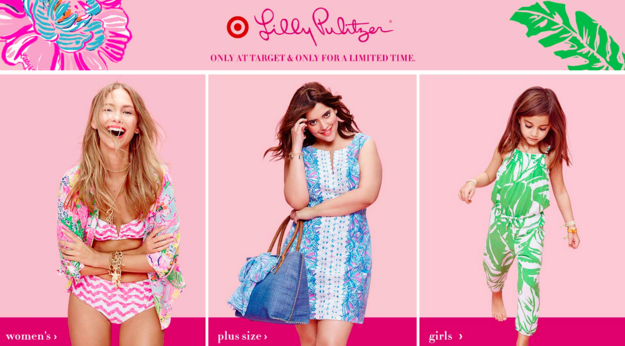 It was sold out within hours.

The 250 -piece collection was released online and in stores, ranging in price from $2 to $150. One regular Lily dress will run you $200, easily. Would-be Target online customers have been complaining since Sunday morning from the crashed website to generally wondering if items would be restocked. Target’s response?

The #LillyforTarget collection is available for a limited-time. We do not anticipate additional items becoming available unless items are returned. Thank you for your post!

Lines at Target storefronts reportedly started around 6 AM in some places, to no avail for many shoppers.

This is what all the #lillypulitzer racks looked like at #target today. Did you get any? #shopping #lillyfortarget

Target is known for their limited-time designer collections that are offered at an affordable price.  They’ve worked with Phillip Lim, Joseph Altuzara and Jason Wu (FLOTUS, Michelle Obama loves him!)

Did you get your hands on any #LilyforTarget pieces?