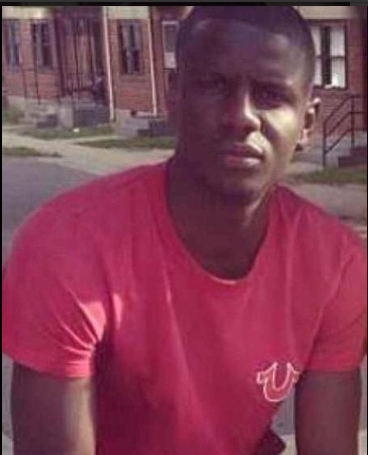 Freddie Gray was a 25-year-old Baltimore man who died April 19, after being injured during an arrest a week prior. A family attorney has said that the man’s spine was 80 percent severed.

Gray was arrested on April 12, after Gray and another man “fled unprovoked upon noticing police presence.” However, when they arrested him, it was “without force or incident.” He had a knife clipped inside his pocket.

Video of the arrest played by police at a news conference Monday did not show how Gray suffered his injury, which Deputy Police Commissioner Jerry Rodriguez described as “a very tragic injury to his spinal cord, which resulted in his death,” citing the preliminary results of an autopsy.

According to witnesses  interviewed by WBAL TV, the police did actually use excessive force.

The officers who were involved in the case have been suspended pending the outcome of the investigation.

This afternoon, Commissioner Batts and I released additional details about the death of Freddie Gray. While I am frustrated that we still do not have all the answers, I am committed to pressing forward in releasing what information we have—as soon as possible—without undermining the investigation. We will provide the community, and most importantly, the Gray family, with the answers they deserve.

Our promise to the community is that our investigation will be completed by a week from this Friday.

Hopefully justice is served for the family of Freddie Gray.