END_OF_DOCUMENT_TOKEN_TO_BE_REPLACED

Kelly Rowland is serving us hair life in her latest photoshoot for Mane Addicts. Hair stylist Kim Kimble, makeup artist Rokael Lizama and fashion stylist Rebecca Jefferson took hold of the “Down For Whatever” singer’s gorgeous canvas and transformed her into divas with manes to die for before she posed for photographer Mike Rosenthal.

Check the shots out below. END_OF_DOCUMENT_TOKEN_TO_BE_REPLACED 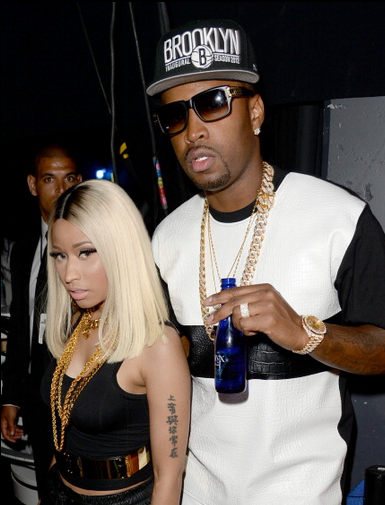 When Nicki Minaj stepped on the scene with Safaree Samuels, we always assumed that the two were holding each other down. Well yesterday, Safaree dropped a track END_OF_DOCUMENT_TOKEN_TO_BE_REPLACED

On Wednesday’s episode of ABC’s The View, Whoopi Goldberg made an announcement that 29-year-old  former Cosby kid, Raven Symone would be joining the panel of hosts full-time on the show. Raven has co-hosted The View 37 times and is excited to make the move permanent. END_OF_DOCUMENT_TOKEN_TO_BE_REPLACED

When you talk about slaying… honey, this is it.

Prom style has certainly evolved from the days of taffeta and sequins to a night of red carpet glamour, however 18-year-old high school senior, Kyema McEntyre took prom to a whole new level this past weekend with a gorgeous dress that she sketched and designed herself. In the process, she also essentially said eff European beauty standards.

This is for always being labeled as, “ugly” or”angry”. Thank God, stereotypes are just opinions.

The uber-talented young lady took all this beauty and won the title of prom queen.

She also took to her instagram page to school folks on artistry, individuality and acceptance.

“I’m Kyemah McEntyre, I am 18 years old and I am undoubtedly of African Descent. As an artist I have a completely different point of view compared to most individuals. I am extremely analytical and observant. Throughout the world, we have people who do not notice each others essence and humanity. We Stunt our collective spiritual growth by allowing assumptions and stereotypes to cloud our mind and thus our physical reality. We let these negative ideas get the best of us, and in turn a world of isolation is manifested by our lack of sensitivity and desire to sympathize with each other.

This results in a world in which people live within the confines of their own space, isolated from each other and separated from the rest of the world. Sometimes we get trapped in our own prejudice ways. We don’t notice how the idea of a particular type of person changes the way we live our lives. The most creative people are the ones who step out of their comfort zone and take advantage of the world around them. My abilities as an artist allows me to experience the benefits that versatility fosters.

Being exposed to all kinds of people and cultures is the muse for my artwork. I am an aspiring artist who is very passionate about the connection between art and the world. I believe that in order for society to gain a wider horizon, we have to be willing to acknowledge other people from differences, beliefs, morals, and values. I would like to take this moment to say that you have to understand who you are because if you leave that space open, you leave your identity in the hands of society. Don’t let anyone define you. Beautiful things happen when you take pride in yourself. #blackgirlsrock #kyebreaktheinternet”

Taking her creations to the internet, the artist is eager to share her talent with those who wish to support her as she begins attending Parson’s School of Design this fall. We are SO here for it!

Royal Reign, Lil Kim’s baby girl with Mr. Paperz is celebrating her first birthday today. It seems like just yesterday that we were telling you about her swanky baby shower. Now, she’s growing up before our eyes.4 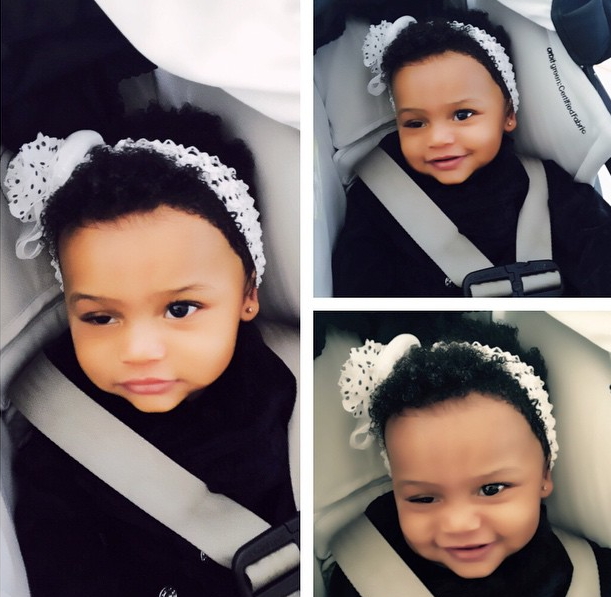 Looking adorable in her all-black ensemble, Lil Kim gushed about her princess’s milestone. Even though the rainy NYC weather forced the first-time mom to postpone Royal’s birthday bash, the cutie seemed all smiles, captioning the very first shot,

“Such a little lady already we’ve been celebrating all day!!! It’s whatever she wants ! 👑 👰👼👸💖💜❤️Princess Royal Reign’s day ! We decided to postpone the festivities due to the off and on rainy weather!!! We turning up all month it’s UR birthday all month baby!!! And for life!!!! Special thank U to everyone who has been wishing Royal HBD. We Love u All !!! #HappyBirthdayRoyalReign #lilkim #blessed #Godisgreat #imsothankful“

Zoe Saldana in no way looks like she just gave birth to her twin boys Cy and Bowie a mere six months ago but the actress opened up to InStyle magazine recently and stunned on the July cover.

When asked about her post-baby body, Zoe said:

“I don’t want to get back to where I used to be. I want to feel healthy, and not just fit into the old jeans I used to wear. I’m a woman now. My body has changed forever. It’s softer…and stronger.”

The Avatar actress married her husband, Italian artist, Marco Perego in 2013 and credits him with allowing her to let down her guard.

“Since I’ve been with Marco, I’ve been lowering my guard. Finally when we had our boys I looked at my husband and I realized: I was meant for you and you were meant for me. I’ve always felt comfortable around men as long as they were friends. Now I finally feel comfortable with my lover. I don’t want to be separate. I want my church. I want to live inside the religion of our own little family.”

In fact, Zoe feels as though she has found her equal.

“It’s not like I’ve had issues with men; I’ve always just been independent to a fault. I’ve always believed it’s my birthright to behave as an equal on this earth and to be entitled to everything and anything,” she says of past relationships. “That said, I’ve had my experiences of heartbreak when it comes to choosing partners who wanted to be equals but didn’t have the ability to actually reciprocate the respect.”

We love her attitude You can read more of her interview when the issue of InStyle hits newsstands June 15!