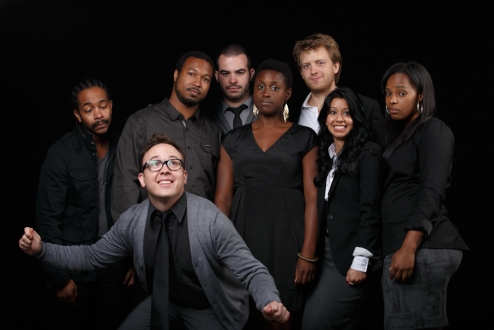 However, years later we still don’t have Awkward Black Girl on television. The clock is still ticking. A few days ago, Issa Rae interviewed with the New York Times. Not only did this interview solidify my love for Issa Rae, but it also revealed why we don’t have Awkward Black Girl on TV and we’re still subjected to watching Pretty Little Liars, Girls, and Olivia Pope chase after a married man.

The New York Time’s interview revealed that ABK isn’t happening because of tomfoolery. Networks like HBO wanted to change the vision of the show. One network wanted to have Awkward Indian Boy. Then, instead of having a dark-skinned girl with short hair, the networks wanted to have a light skin girl with long hair. For networks like HBO, blackness and diversity only works if it fits a certain image.

Shame on you HBO! Even after you commissioned the HBOAccess Writing Fellowship, which promotes diversity for young writers who are women. If there are programs advocating for diversity, why is there a problem when there is a diversity gold mine sitting in front of you. People say one thing, but really want another. We are too familiar with the friend who says they love Black people while they lock their doors. Yes, I’m calling you hipster racist out.

These networks believe that shows with diverse cast members won’t make money. Why risk money on a brilliant show like The Misadventures of Awkward Black Girl when the been-there done that shows like Girls can rack in ratings and dull Vogue covers? The hesitance for change and catering to a diverse audience is the reason why networks are failing today. Why should we have to subject ourselves to forms of media like television or movies that don’t represent us?